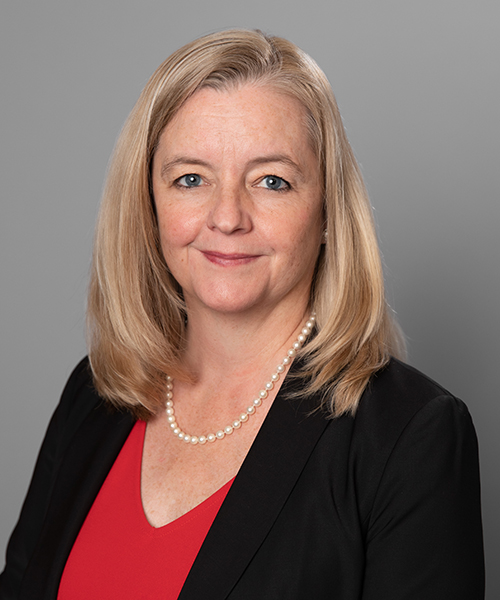 Julie Dunne is Counsel to Impresa. Julie has served in senior leadership positions in three federal agencies. Most recently, she was the Commissioner for the Federal Acquisition Service at the General Services Administration. As Commissioner, she led a federal organization of 3,500 people with an $18.8 billion budget generated from fees charged on more than $75 billion in acquisition solutions and shared services provided to federal agencies. Her federal agency service also includes the Department of Homeland Security as an Associate General Counsel for general law and the Department of Commerce as a Special Assistant to the Assistant Secretary for Export Administration.

In addition to Julie’s government service, she has been in private practice in Washington, D.C. where she was a government contracts attorney. She also practiced in an international trade group. Her background and prior government service make her well placed to provide strategic and risk management advice on federal contract opportunities, particularly as such opportunities relate to federal IT, supply chain security, cybersecurity, and government management.